When it feels like it's always winter and never Christmas 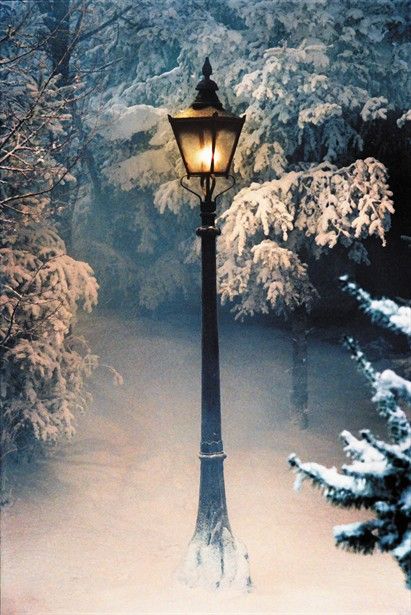 There's a line in The Lion, The Witch and the Wardrobe that goes like this...

Have you ever felt like that? Like day after day after day you're slogging through the gray and the wet and the dreary, thinking surely there has to be a light at the end of the much-talked-about tunnel...but finding none?

For the last four months that's what I've been feeling...one day bleeding gray and hopelessness into another...looking and listening for a movement of God...but being disappointed.

It's like you've been put on hold and the silence is so noisy it's deafening...and you could scream!

Like a wild cat confined to a cage, I was beginning to pace. And roar. And lash out.

I hated who I was becoming but no matter how hard I tried, I could not fight off the darkness surrounding me.

There were many reasons for this...health issues...a restricted way of eating that was taking away all my comfort and joy and freedom...my mom being in critical condition, swaying on a pendulum between life and death...a husband in pain, awaiting a hip replacement...and on and on and on. On one of those stress scales I was probably off the charts, hanging on by a very thin thread.

I was angry at God...the God Who supposedly "Is There" but evidently not where I was. No matter how I struggled to apply all those spiritual disciplines that are supposed to yield fruit and answers, all I got was nothing. Nada. Just me, myself, and I in a dark night of my soul, waiting for the Son to rise...

And not doing it very well. Not at all.