The desperately needed gift of Hope 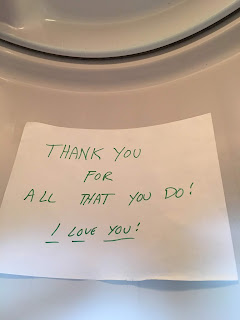 I woke up this morning thinking, I can't do this.

I'm weary and tired and frustrated and ready to run.

No matter how hard I try, I can't rise above the feelings of despair...and that if I just tried harder I could outrun the issues that are sucking the life out of me right now.

Like no matter how hard you try, it's just not working?

By wiring and nature I am a Helper. God knows I wish I wasn't. Because I spend a lot of my time investing in other people and causes. Because I care. I truly do.

But what about when others around you aren't Helpers? When they are on their own fast track to who-knows-where and the rush of their speed going past you blows you aside and leaves you struggling to regain your balance?

Helpers have a major weakness. Well, more than one, but let's talk about just the one today...

We are good at taking care of everyone and everything else...

But we don't help ourselves.

When things go wrong, instead of realizing we can't control others or their choices, we wonder what we could have done differently.

We internalize other people's pain deeply and want to carry it for them, instead of letting go and allowing them to learn...often the hard way...the necessary way...the lessons that can only come  through pain and bad choices.

When Helpers are in an unhealthy situation...be it at work or at church or wherever...we absorb the negativity, thinking we'll dump it later. But we rarely do.

Helpers can be a mess.

And that's why sometimes it can feel so hope-less.

And that's how I woke up this morning.

I needed a kind word...an encouraging word...someone to get off their own fast track and notice that I was being sucked under the train wheels.

All I could see was a day of NEEDS. I wanted to roll over and hide...or get on a plane to AZ.

But that's not what Helpers do!

I could hear the pitter-patter of little doggy feet out in the hallway, eagerly awaiting my arrival...

Birds chattering outside the bedroom window...wondering why I had left them no food on such a cold morning...

And minutes ticking by that needed to be filled with all that was ahead on this pre-Christmas day when work was looming in late afternoon.

Well, you get it.

So up I arose...all the while crying out desperately for strength to keep-on-keeping-on for just one more day.

And then something amazing happened...a miracle!

I was in the laundry room, shifting over the load I had left late last night, when I opened the dryer door and found...of all things...

I did a double take. No, it was real!

As I read it I started to cry. It had been so long since someone noticed me...said an encouraging word...thanked me.

I'm going to frame this note.

Because I realized, in that life-giving, life-renewing instant, the power of a kind word.

It took my husband probably 30 seconds to write out the note, but it changed my whole day...

And gave hope where there was none.

And that's a gift I think we all need... and can share....this Christmas season:

This is supposed to be the MOST wonderful time of the year. But for many, it isn't.

They are dealing with not only their losses and fears and daily struggles, but also the expectations and needs that this season brings.

It can feel so hope-less.

But dear ones, this is where we come in!

What if today we give the Gift of Noticing?

The Gift of A Kind Word?

The Gift of Thanks?

The Gift of Time?

It may take only 30 seconds to save a person's life...figuratively or literally.

I promise you, there is no greater gift you can buy.

Because I just received it.

Sharks, jellyfish, and a baby in a manger 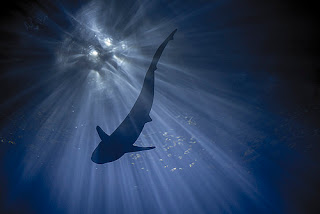 So, I think I'm getting a little insight into why the nativity/baby thing I talked about in my last blog weighs heavily upon me.

It happened this morning as I was thinking of all the things I needed to do today: a deadline to meet, cards to write out, issues that need to be dealt with, etc, etc, etc.

It was one of those, Lord, if you don't give me the strength, ain't none of this gonna to happen today moments.

And that's when the angels sang and the clouds departed and I got a glimpse into this struggle I've been having. The truth is...

I don't need a baby to get me through every day.

I need a strong man who's in control of everything.

Don't get me wrong, babies are fine. For a while. But I don't know anyone who wants their baby to stay a baby. They are needy and helpless and in spite of their being adorable beyond words, they just can't do much for themselves. Much less help you out!

And Lord knows I've needed a lot of help this year!

And this leads me to the main point of this blog...one that it has taken me a lifetime to embrace...