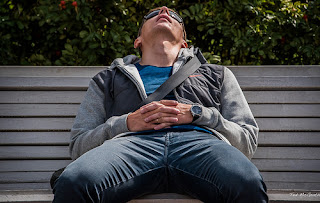 I could tell I was upset by the way I was folding the sheets...not that I usually strive for perfection.

But whipping them around and flinging them on the counter were signs that I was upset. No, angry. No, ready to blow.

How could this happen?

And then I thought back to the chapter I had read this morning in Donald Miller's book...where he shared about the time that he was forced to go through his checking account from the previous year, looking for tax deductions. He didn't find many, but what he did find sobered him.

Oh, how well I was identifying with him during that sheet-mutilating-session!

Have you ever had one of those moments? You know, the ones where you swear you can feel the earth moving under your feet as the walls you have built so relentlessly to protect you come tumbling down?

I know for a fact that I had experienced one...many years ago...at my moment of salvation. And now I was in the throes of another.

As the words, asleep in the light, pierced my consciousness, I felt the gentle knife of conviction penetrate my soul.

And only one Person can do that and you best not ignore Him.

For your spiritual life depends on it.

Read more »
No comments:
Email ThisBlogThis!Share to TwitterShare to FacebookShare to Pinterest

To the edge of Unbelief...and back again 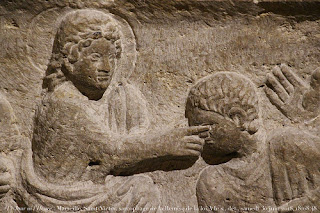 Behold my second blog for this week. The first one just would not cooperate no matter how I worked with it. So now it has been sent to the place where all unfinished blogs go to die: the Save pile.

I really wasn't planning on writing another one, but this one is begging to come out. And I understand, for words brought into the light are always more powerful than those that cower in the darkness.

It's a confession of sorts...

The uncomfortable but liberating gift of openness...

Read more »
No comments:
Email ThisBlogThis!Share to TwitterShare to FacebookShare to Pinterest

How are you doing in the story of your life? 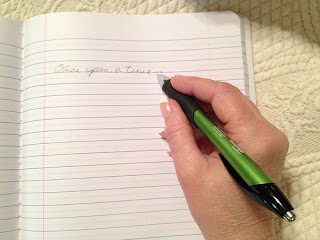 I often thought it would be cool to write a book. I don't know, say a novel. For some reason they seem easier...unlike non-fiction that requires all that studying.

Until one day when I sat down and tried it. Yes, I know, that's a hilarious thought. No one decides one day to sit down and write a book. Not any sane person.

I remember sitting there and thinking, obviously, what should it be about? And the more I thought about it the worse the idea seemed...all the who, what, when, where, and why's were overwhelming.

And since then I've had great respect for anyone driven enough to put their thoughts together and spend the blood, sweat, and tears it takes to turn out any work worth reading.

People often say to me, You should write a book! And Lord knows I try so hard not to start guffawing right in their faces. Dear one, you have no idea. I don't have the training, or the dedication, or the desire to do so.

That's probably why I blog. It's short. It's sweet. It's to the point.

And I can be done in 2 hours or less.

Awhile back, I picked up one of Donald Miller's books at my favorite used book store: A Million Miles In A Thousand Years, and promptly added it to my pile of want-to-reads, where it remained until this week. When I bought his book I had no idea what it was about. But it had Donald Miller on the cover and I hadn't yet read it and that's all I needed to know.

Sometimes I need a dose of Donald Miller. Or Frederich Beuchner. Or Brennan Manning. Or Anne Lamott. Someone who others might might raise their eyebrows over, but who I think are spot on...

People who give me a dose of something out of my box...out of my comfort zone. People who call me to think in ways I have long forgotten. Or in new ways that I desperately need.