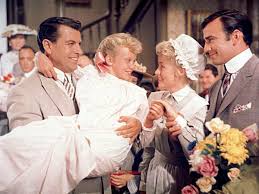 Have you ever seen the movie, Pollyanna? The one about a girl who goes through life playing the glad-game and always seeing things on the sunny-side-of-life? The definition of a Pollyanna? One who is excessively cheerful and optimistic. That's her!

But it sure isn't me!

As a child, I loved that movie. I wanted to be like her...a bright ray of sunshine making the whole world...and everyone in it...happy.  I wanted to dress like her, talk like her, be her. But no matter how hard I tried, I never could. Oh, I could keep up the effort for a time or two...or even a day or so...but in the end, I always ended up me: insecure, never sure of what to say, feeling inadequate in most situations...plain ol' me.

Maybe that's when my gift of encouragement first started peeking out of the shadows...only to be eclipsed by my fleshly attempts to drag it out into the open and make it perform like I thought it should...in just the same way that Pollyanna did.

All I know is that I embraced the challenge that a little girl named Pollyanna could meet someone who was unhappy or in pain...and through her cheerfulness and optimism...turn that person into someone who was lovely, hopeful, and changed! She was like a little bit of yeast that turned a whole lump of sticky, gooey humanity into a loaf of bread fit for a king!

There's a lot of truth to the idea that what you read and see as a child and as an adult, leaves an imprint on you...for better or for worse. I still find myself singing that song from our kid's childhoods, "Input, output, what goes in is what comes out...input, output daily you must choose."

All this came to mind this morning as I was reading in 1 Thessalonians where Paul writes...

Read more »
No comments:
Email ThisBlogThis!Share to TwitterShare to FacebookShare to Pinterest
Categories: Pollyanna, you're the message

dear you, never give up 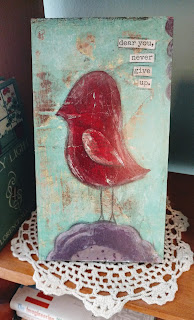 I have begun this post many times over the past few weeks, but each time I shelved it...knowing it wasn't right...that there was still more to be done in my heart and mind until it was ready to be shared...with you, and believe it or not, with myself. So often I  am amazed at what comes out as I sit down to type, trusting that what He's saying is what I often cannot.

On Sunday I will turn 60. Maybe it should be spelled out...sixty...it looks less intimidating that way. I have been dancing around the acceptance of this for months now, at times dreaming of running away before it could happen...going to some exotic place where no one knows who I am or how ancient I  am...a place where I could at least attempt to outrun the inevitable and all the fears that are wrapped around reaching this milestone age.

But I'm still here. And today I realize that there's no place I would rather be. I have dear family coming in this afternoon to celebrate over the weekend, and other loved ones who will join in the party Sunday after church at Paco's Tacos...my go-to place when I need comfort and good food.

Being sick this week has given me time to be still, to sit and reflect and listen for God's heartbeat and not my own rapidly racing one...to spend time pouring through old photos and breathing in all the grace and goodness that is my life...watching rainbows dance across the room each morning as I hugged cups of lemon tea, and wrapped in the stillness that comes at the end of the day as the birds flutter in for one more meal before darkness blankets the earth.

I am blessed. And to think I almost missed this truth! Yes, there is now more behind me than before me. And there's a bittersweet sorrow for all the lost opportunities of my past and for all the dreams of the future that I know now will never materialize. Time is slipping through my open hands and I can no more grasp on to it than I can hold on to a sunbeam.

The sacrament of kindness 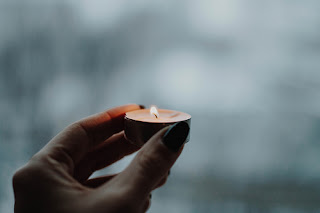 I wish I knew how to mark up a computer screen...you know, underline things and make side bar notations on articles I read online so I can find the important stuff later? Like I do in books...

I got up early this morning...way earlier than makes me happy. But there comes a time when all the tossing and turning and flipping and flopping like a beached fish only means you need to surrender...drag yourself out of the comfy coziness...and get the coffee brewing.

Because I'm in a semi-conscious state until coffee hits my nervous system, odd things tend to roll around in my brain...things I've had on my mind...things I didn't know I have on my mind.

Such as the word sanguine. It was the first word to push itself into my consciousness this morning. I slowly recalled that it was a word I had used yesterday in a message with my daughter-in-love. We were attempting to encourage one another which is usually hilarious as we are so similar in personality and temperament that it's like the blind leading the blind! But it's fun...and we usually triumph...and if nothing else, I love listening to her!

Anyway, sanguine. I mentioned that we were both of the sanguine (rhymes with penguin) type and that should explain why we are the way we are. But after I said that I thought, 'Gee, I really should look that word up, because just having a word pop into your head does not mean you know it'. So I Googled it, and as they say I was ROFL...hysterically. Us extroverted? Optimistic? If we were, I'm sure we wouldn't be having a conversation on encouragement! And that thought percolated in my head overnight, until it rudely woke me up in the wee hours of this morning.

So with nothing else to do at 5 am, I decided I needed a perusal of The Four Personality Types to set myself straight. Now this is probably where I am going to lose some of you, but hang in there...I promise I'll not go astray or heretical here!

Let me copy a few main points from the article I started with to show you where I'm going with this...


The Four Temperaments personality system attempts to describe a person's overall attitude towards problems, other people, and life in general in a very broad way.
There are four temperaments, which are combined into twelve pairs called 'blends'. Each person has one of these blends that fits how they are most of the time; it is constant throughout life, not a shifting mood. Temperaments don't change according to circumstances; rather, they determine how we react to situations.
The temperaments are a way of classifying peoples' emotional attitudes, the foundations of their personality. They apply in a very broad strokes way - that is, they are vague rather than specific and detailed - and make no attempt to identify every detail of a person's personality.

Temperaments are not passing moods, or phases in our attitudes. They are the foundation of our emotional natures, which stay constant throughout life (barring perhaps severe brain injury), from birth until death, even though every other aspect of our personality may change.

Our views, our beliefs, our tastes, our confidence levels... All these things DO change while staying bound to a fundamental temperament. The temperament affects how these things change.

Got it? I'll put the link at the bottom of the blog if you want to go deeper...or need things clarified. But for now, this should suffice.

Let me start off by saying that for all my life I've had this crazy image of what I should be...what I should do...how I should act. They say that how you are as a child is a precursor to what you will be like as an adult...and by golly, they were right!