For Heaven's sake...pet a whale! 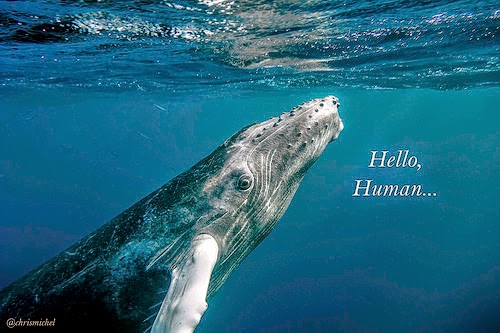 I see those eyes rolling. That finger hovering over the Delete button.

So, I've committed myself to learning photography. Got the camera. Lens. And all sorts of other goodies that make you a photographer.

Except for the skill. For that I've been watching a course by National Geographic called "Fundamentals of Photography". Gotta start somewhere.

I love the guy teaching the course, Joel Sartore. Not only is he talented, he's real. And encouraging. And makes me feel like I can do it. And best of all, he's honest.

Okay, this is where the "petting the whale" thing comes in.

During one of his lectures, he puts up a photo of a Gray Whale off the Baja, on its back, having its tummy rubbed by a small group of spectators. Joel was there on assignment to photograph the whales, and this one, never having been hunted or shot at, was super friendly. Amazing!

But what was even more amazing in that photo, was that behind the spectators and the whale there was another boat, overflowing with photographers, standing, leaning, crouching, faces hidden behind their cameras and long lenses. Sadly, they missed the once-in-a-lifetime opportunity to pet a real, live, whale. All they were after was the perfect shot. Chances are they got it. But at what price? Will they ever have another opportunity to pet a whale?


Remember how I told you Joel was honest? He then goes on to show a picture of the day his child was born. It looks so tender. Warm. Touching. Until he confesses that he had the whole room rigged with cameras, and under the delivery bed he had his foot on pedals controlling those cameras. He was so concerned with getting the right shot of his child entering the world, that he missed its actual arrival. And to this day he regrets it.

How about you? Do you have any whale or birthing stories you can share? Times you were so preoccupied with something else that you missed the most important moment? 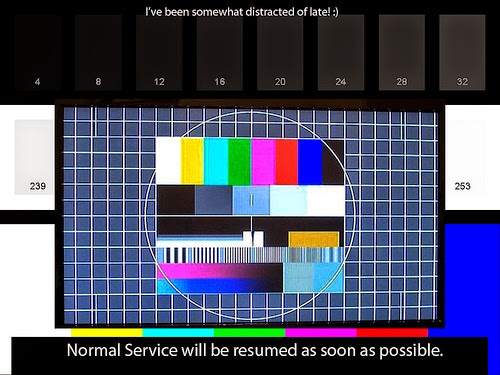 I read the other day that the average person will spend four years of his life looking down at his cell phone. Seriously? I guess I can believe it as I have been around some pretty hard core phone addicts, the kind who probably wouldn't even notice if I weren't with them anymore. Yeah, sad.

I'm waxing strong in the story department today, so bear with me while I share one more.

In "The Secret Life of Walter Mitty", one of my all time favorite movies, there is a scene where Walter and Shaun O'Connell, a world famous LIFE photographer, are high up in the mountains of Afghanistan, awaiting the appearance of a rare Snow Leopard. They are hunkered down in front of the camera when suddenly the Leopard slinks into view.

Walter- "When are you going to take it?"

Shaun, slowly coming out from behind the lens and gazing at the Leopard...

"Sometimes I don't. If I like a moment, being me, personally, I don't like to have the distraction of the camera. So I stay in it."

And that's my point. There's a time to take pictures, and a time to put the camera down.

A time to be on the phone, and a time to tuck it away.

A time to let go, for at least a while, of all those things that eat up our time and consume us. That keep us from really seeing what is going on around us.


To everything there is a season, and a time a time for every purpose
and matter under Heaven.  Ecclesiastes 3:1

Life is so short. There's so much to see. Experience. So many people to know and love and make memories with.

Life is a gift, full of rare and precious opportunities.

I don't know about you, but I don't want to look back someday and say, "I missed it."