Melting down in the wilderness 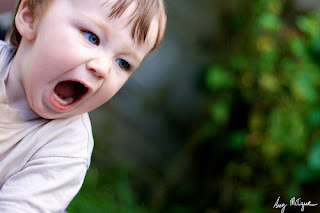 Last week I had a meltdown.

Not the kind that come from being too hot...though that would be a good excuse this summer.

The kind no one should have to eat when they want a pizza.

So let me paint the picture for you...

The weekend before we had traveled up to Lookout Mountain, GA for 3 days to see our son and his family.

No problem there...it was totally fun.

I'm glad it's already capitalized or I would have to do it...such a momentous undertaking deserves capitalization. Two hundred people together for five mornings...picture it...and me, an introvert amidst all the chaos.

The next Saturday morning we head out yet again for a different part of GA, this time for our Grandbaby's first birthday celebration.

I thought I could handle it...but my thinking was a little cloudy by then.

It wasn't until Sunday dinner time, when my gluten-free pizza decomposed in the oven, dripping its gooey ugliness all over my daughter's oven that my own meltdown began.

Now in order to to fully paint the picture I need to let you know there were 15, yes, 15! ordered pizzas piled up on the counter near said oven...all warm, and fragrant, and ready to eat. 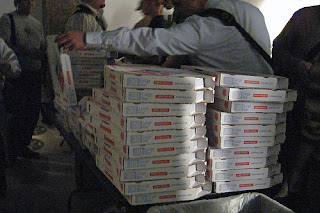 But not for me.

No, my dinner was melting down in the oven...a precursor to what was to come...

So what does a meltdown look like, you ask?

Flinging the smoking pizza out of the oven and into the sink, and then beating the life out of it with a spatula.

And then, with tears running down my face, grabbing the nearest Gluten-Full pizza and scarfing it down.

Okay, so that was a fun story wasn't it?

This past week, during a self-imposed time of isolation from the world (if I didn't do it my
husband would have)...

I wandered through a used bookstore and picked up some treasures.

I was looking, and praying, for THAT book,..the one that would speak to me...

Shed some light on what was going on...

And I found it.

And it talked about meltdowns and pizza and gluten-free living.

What it did talk about was complaining...

And how God sees it.

And what He thinks about it.

Let's put it this way...if He can relegate an entire nation to wilderness wandering for 40 years because of their complaining, it's a fair guess He doesn't look lightly on ours. 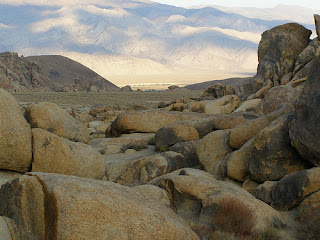 You see, it wasn't the one instance of an ugly, unwanted pizza that did me in.

It was a heart-attitude for months before that was my undoing.

I was sick and tired of gluten-free living...

Tired of not being able to eat "normal food"...

Tired of the time and energy it took to eat that way...

Tired of being different...

So I had been complaining.

Some verbally, but a lot in my head.

I didn't even realize how much I was complaining until the pizza hit the sink...literally.

So, this morning I began the book.

Of course the first chapter is on Complaining.

The next will be on its antidote.

And from there it will move on to other pertinent chapters...

Which I am sure will be completely irrelevant to my life.

Do you even know you do it?

I thought it was legitimate grumbling.

Doesn't that have a nice ring to it?

Except I discovered all my whining and tirading was really against God...

The God who knows what is best for me...

And then orders the circumstances of my life for my good.

Unlike the Israelite's who were punished for their complaining...

I must eat gluten-free...

I've been spending a lot of time fighting against it...and ultimately God...

Instead of seeing it for what it is...

That deserves Thankfulness and Praise.

Bother, I just gave away the next chapter!

I've got a long way to go on this.

But what's been hidden has now been brought into the Light...

And I owe it all to a frozen, gluten-free pizza!

Some Scriptures for your perusal, if you choose!


"And Moses said, “When the Lord gives you in the evening meat to eat and in the morning bread to the full, because the Lord has heard your grumbling that you grumble against him—what are we? Your grumbling is not against us but against the Lord.” Exodus 16:8

"Therefore, my beloved, as you have always obeyed, so now, not only as in my presence but much more in my absence, work out your own salvation with fear and trembling, for it is God who works in you, both to will and to work for his good pleasure. Do all things without grumbling or questioning, that you may be blameless and innocent, children of God without blemish in the midst of a crooked and twisted generation, among whom you shine as lights in the world, holding fast to the word of life, so that in the day of Christ I may be proud that I did not run in vain or labor in vain."
Philippians 2:12-16