Not measuring up? Boy, do I have good news for you! 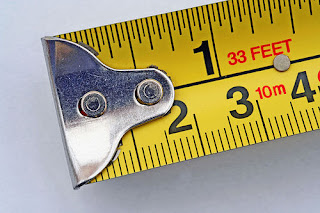 It was a rough sleep last night...

A tossing and turning, rolling and moaning, smashing the pillow kind of night.

It's never a good idea to go to bed with an unresolved issue on your mind.

But I was too tired to deal with it so off to bed I went, taking comfort in the thought that a good night's sleep can often cure whatever ails you.

But as I said, it was not a good night's sleep.

And I did not feel cured as the sun slipped over the horizon, through the lace curtains, and into my bleary eyes.

So now I'm sitting here with my "Life is Beautiful, Capture Every Moment" mega-cup of coffee...

Finally thinking clearly and understanding what I should have taken the time last night to work through..


"By daily practicing our trust in Him, we will realize that whatever He calls us to do is always in our best interest, even if it seems difficult or miniscule by our own personal measuring tape." Ken Boa

Yup, that's what I read in my devotional this morning...in red, glowing, larger-than-life letters.

Remember when you were a kid and your parents told you, "Trust me, this will be good for you?"And it always was? Even if it did hurt a little?

Well, it seems like my Heavenly Father has that same belief system...

What doesn't kill you makes you stronger...or something like that.

You see, in a moment of unreserved passion, I volunteered to lead a study with the same group I had just done Truth Project with. (Yeah, I know, you're not supposed to end a sentence with "with" but right now that does not seem important.)

This Righteous Living series seemed a perfect follow-up to Truth Project...what to do with all the head knowledge we had just gained.

So this fool rushed in where angels dared not go and volunteered to lead it.

The only problem is, this study is not as handy-dandy and ready-to-go as the Truth Project was.

It takes a lot more of me...studying, writing, messaging, organizing...

And all the while this little demon sits on my shoulder whispering, "It's not good enough."

And therein is the problem...my past life mantra coming back to haunt me...

"You are not good enough."

I spent way too many years believing that...doing my best to prove 'em wrong.

Until I crashed and burned and Christ showed me the truth that Yes, I am not good enough...never have been, never will be. But He is.

And that's why I need a Savior. For this life and the life to come.

And I know that. And I believe that. And most times I live like that.

Until something bigger than me comes up... and I want to meet other's expectations...and worst of all, my own.

Instead of trusting in the One who called me to the task, I resort to fear of failure...

Lining myself up against that imaginary measuring tape and finding myself coming up far short.

I guess what I really need to do is take a fly-swatter to the little lying imp on my shoulder...

And then turn to the One Who loves me just as I am, and hand this study over to Him. Again.

I will never be Del Tackett. Or Chuck Colson. Or any of the other amazing teachers I have sat under over the years.

Available and willing. Doing the best I can to bless others and bring joy to my Lord.

I could quit. But I can't...not if I want to be obedient to my calling.

We are all works in progress, being built up through what He allows in our lives...

Slowly but surely being conformed to the image of the Son, by His grace and power.

An elderly carpenter was ready to retire. He told his employer-contractor of his plans to leave the house-building business and live a more leisurely life with his wife enjoying his extended family. He would miss the paycheck but he needed to retire. They could get by.

The contractor was sorry to see his good worker go and asked if he could build just one more house as a personal favor. The carpenter said yes, but in time it was easy to see that his heart was not in his work. He resorted to shoddy workmanship and used inferior materials. It was an unfortunate way to end his career.

When the carpenter finished his work and the builder came to inspect the house, the contractor handed the front-door key to the carpenter. "This is your house," he said, "my gift to you."

What a shock! What a shame! If he had only known he was building his own house, he would have done it all so differently. Now he had to live in the home he had built none too well. 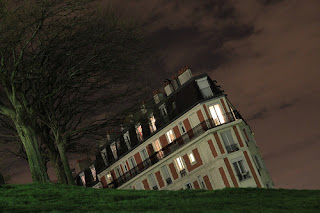 Dear ones, let us not grow weary in doing well...whatever that looks like...whatever we have been called to do in this life...

For He Who has called us will also equip us to do this work.

He doesn't stand there, waving His finger in our faces saying, "Gosh darn, I thought you had it in you! Had I known you couldn't do it, I would have called someone else!"

No, he calls, He equips. He works in and through these frail vessels of clay.

But most of all, He takes great delight in our willingness to trust Him...be used by Him.

And now I need to get back to that study...

Hand me that flyswatter!