The fine art of pendulum swinging 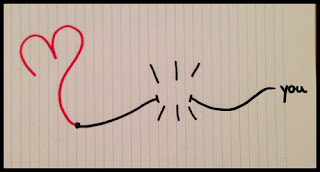 I don't know about you, but I feel like I live in a daily state of repentance.

Sometimes I wonder if my brain and my heart have even the remotest of relationships.

I mean really, how many times do I find myself thinking the same stupid thing over and over again, only to have to ask forgiveness for it?

Or doing the same stupid thing over and over?

Or saying the same stupid thing over and over?

You get the point.

The other day my daughter posted a parody on Facebook of what "Christian road rage" looks like.

Sadly, it looked a wee bit like me at rush hour in Charlotte.

But what made the biggest impression on me was the pendulum swing in this guy from rage to repentance...back and forth, back and forth...

I mean, he knew what he was doing was wrong but he kept doing it anyway!

Let me give you an example...

I am a type 2 Diabetic, owing to many factors...probably most of them being my laissez-faire attitude of living in my early years.

I have been working with a Wellness Doctor for quite some time to get things back in order...and I do see progress...which is good.

And you'd think that would be enough to keep me on the straight and narrow.

Because there are times when I know what I should do...eat a salad rather than a plate of nachos...imbibe a protein drink instead of an ice cream shake...walk instead of sit...

So I do what I want...and repent later. 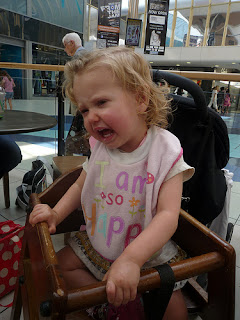 It's especially easy when there is no one there to challenge me...those times I'm alone and the mantra begins in my head...

Yeah, until I take my blood sugar reading and it gets recorded in the glucometer...where my sins are recorded forever in big black numbers that can never be erased!

Which is really a mercy.

And it's the same with my mandatory gluten-free eating...

But when I violate it, my body lets me know...making me very, very sad that I was disobedient!

So, here's my quote for the day, taken from my new favorite book, Letters to Laodicae:


"In practice, the process of obedience is fleshed out hour by hour, day by day in a myriad of little and big choices to do the will of God rather than our own.
The choices impact what we do and what we think, our words, our actions, our perceptions,
and our attitudes.
They never end. Some are easy, and some are very, very hard.
Taken together for a lifetime, they define us as faithful or unfaithful servants." 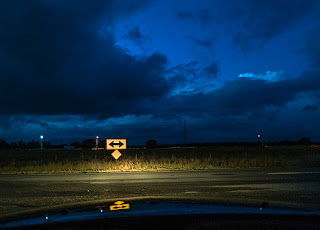 I just finished talking with my Dad on the phone.

We were talking about cell phones, and how I'm thinking it's time to take a good hard look at whether or not I really need the super-duper, all inclusive, walking, talking, breathing one I have...or if I could live with something simpler and less costly.

I heard myself saying, "Change is hard, and it can be painful. But if you want it bad enough, the pain will be worth it."

Oh Great Purveyor of Truth, how easy it is for you to say, but how very difficult to do!

Alas, I love the idea of sacrificial change...the noble notion of relinquishing a lower goal to pursue a higher one.

But the reality and the work it takes? Not so much.

Like Paul, I know without a shadow of doubt that I am wretched...that I am forever doing those things I don't want to do.

And the things I want to do? Let's just say I'm a work in progress.

Do you ever feel that way?

If so, let me encourage you with the encouragement that the Lord has given me...


"And we know that all things work together for good to them that love God, to them who are the called according to His purpose." Romans 8:28

God does not waste the fine art of pendulum swinging!

Instead, He works good through it, igniting in us the desperate desire for a deeper, more intimate and obedient relationship with Him as we realize we can't do anything apart from Him.

We just think we can.

Ever heard that song with the lyrics, "Prone to wander, Lord I feel it...prone to leave the God I love?"

I say the next time we are riding the pendulum, swinging back and forth, to and fro between the flesh and Him, let's do something wild and crazy...

With a loud shout of victory, let's jump off the pendulum into His arms and nestle there.

And then ask Him to smash that pendulum...

So that we will swing no more.

Email ThisBlogThis!Share to TwitterShare to FacebookShare to Pinterest
Categories: pendulum swinging, the flesh