Cocooned by the will of God 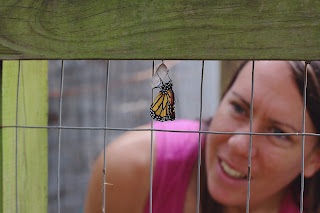 It's been a long time since I've gotten excited about God.

Or anything for that matter.

I have been living in what I have called "The Year of the Great Darkness"...a year when so much has been stripped away...taken away...denied.

Who was this God I had bet my life on? And where was He during the days, no months, of anguish and tears and depression?

My feeble cry, my simple prayer, became, "Please, please don't forget the work of Your hands." That was it.

Some call this The Dark Night of the Soul and I have come to believe that's a fitting name for it, for the path ahead is unclear...you've never traveled it before so you don't know how to get Home.

And you begin to wonder...

"Suppose you are left to wander in it forever?"

"Suppose this is the new normal and you're not sure you want to live anymore if it is?"

The verse about people in darkness seeing a great light...Isaiah 9:2...has always been one of my favorite Christmas verses. It sounded so good. So right. So Christmassy. But I never understood the horror of it until now.


"The people who walked in darkness have seen a great light. For those who lived in a land of deep shadows- light! Sunbursts of light!"

It's one thing to maneuver around your home in a power outage...it's another thing entirely to walk in a foreign place where you are completely unfamiliar with your surroundings.

It's frightening. I feel those people's pain.

Now I know you're thinking, "But wait! That verse doesn't end with darkness...there's light, too!"

Yes, yes there is.

But those people walking in darkness didn't flip on the light switch. God did.

And that's what's been one of the hardest things for me to understand...this God, my Heavenly Father, could switch on the light in a heartbeat. But He hasn't. Why?

Instead, He's allowed me to wander in the dark night...in the land of deep shadows. Why?

A few weeks ago, after my Mom's Memorial Service when I could do nothing but sit...unable to make sense out of anything...one Move towards the light switch began...one tiny thought took hold in my weary mind...

"You are Cocooned by the Will of God."

Cocooned? Seriously? What have butterflies got to do with this insane season of my life?

But you know, the more I thought about it, the more it made sense.

These jeweled wonders we call butterflies begin their journey as a miniscule egg on a leaf, hatching into caterpillars with a voracious appetite who, in the proper time, will be tightly cocooned into a chrysalis...a time of darkness and transformation...literally hanging by a thread...awaiting the moment of their freedom into light.

And depending on the type of butterfly, that freedom may not come for up to a year!

"Did the caterpillar understand it was there for a purpose?"

"Having gone from brilliant sunlight, was it now frightened by the darkness?"

"Did it understand that to try and shorten the process and break out early on its own would only result in its death?"

So the phrase "Cocooned by the Will of God" became my hope...one tiny step closer to the light switch being flipped on.

And today there was another slight Move...a lessening of the shadows...

I opened my Bible. Well, not the one I usually read...something new...The Message.

And I picked up a bright pink pen, forsaking the black one I have always used in the past.

And with a flickering faith...and a hope as tiny as that butterfly egg...I began to read.

And the shadows softened.

You're probably thinking, "Well, okay, this has been interesting but give us the result! The ending! The answer!"

And that my dear friends is the whole point...

I don't have the answer. God does.

Like so many who have gone before me, I am asked to not take my life into my own hands.

But to rest. And wait. And trust.

Not to look at all the butterflies out there who have already been released.

I don't know what I'll look like when all of this is done. I may be a Monarch or a Swallowtail or maybe a simple Frittilary.

But with all my heart, I now believe there will come a day when I will be released from this chrysalis.

And all of this pain will have served a purpose.

I know I will not be the same...no caterpillar entering his cocooning stage has ever emerged as a caterpillar still.

I know this has been a long post. And an honest one. But I know God wanted me to share this with you because somewhere out there there's an egg hatching that will soon become a caterpillar, headed towards a season of darkness.

And I want to tell you it's okay. The darkness is necessary. It has a work to do. Trust the Lord of the Darkness.

Someday I will become a beautiful butterfly. I will see the light! Sunbursts of light!

And so will you.

All of us, shining in the sun...to His honor and glory.

And the blessing  and enjoyment of others. 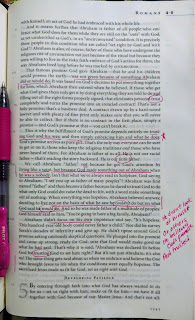