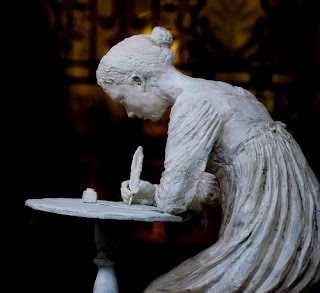 Sometimes I want to quit...days like yesterday, when I spent hours organizing and writing a blog, only to walk away from it.

No matter how many times I tweaked it, all I saw was 'blah, blah, blah.' So I shelved it, got up from my computer, and went into the kitchen for another cup of coffee, muttering, 'I'm done. I have no idea why I do this anyway. If I fell out of the blogosphere, few would notice.'

Ever feel like that? Like who would notice if you stopped doing what you're doing? I think more people would notice if I went on strike from housecleaning than if I stopped blogging. And this is a discouraging thought to me...because I love to write but I hate to clean.

Now that I think about it, I guess I was giving God my '2 weeks notice'...letting Him know that it's been fun, but I'm done. As I rambled around the kitchen, I made sure to let Him know my reasons for quitting...just in case He was ignorant of them:

1. Think of all the time I spend writing...turning out words that survive or die on the world-wide-web based on the mercy of timing, and Facebook, and other people's participation or lack thereof. I mean really, sometimes there are 28 views, and other times 1,028 views. Surely I could use my time in a more constructive way?

2. It's all been said before. Like the making of books, there is no end to blogs out there. Who needs one more?

3. You know I don't want to be famous...that was never the reason I started this! You made me a quiet introvert. But really, 28 people read my last blog? Is it worth all that work for so few people? And probably most of them were family who felt obligated to read it. People will go on with or without me. (Yeah, that was my lamest excuse.)

4. And while I'm on the subject, let's talk about needing an e-mail list! (This is where it really gets good!) I know You brought Hope Writers group into my life for a purpose, but they have high expectations for someone as technologically challenged as me! If I quit blogging, I won't have to worry about figuring out this e-mail-list-thing and that means there will be less stress in my life. And you told me that stress is not good! (So that's that.)

5. I could stop being vulnerable and exposed! (Ouch.) Like lying on a therapist's couch, sharing my innermost fears and aspirations, blogging from the heart is painful. And I'm so not into pain. Remember Jonah? I can identify with him...

Suffice it to say, I'm sure by now you get the picture. And it's not pretty.

So I woke up this morning thinking of my shelved blog...secretly smiling to myself...reminding myself that I was FREE! God knew I wasn't available to the Holy Spirit for any more "Aha!" moments that pushed me to the computer to write. Nope, today would be different! 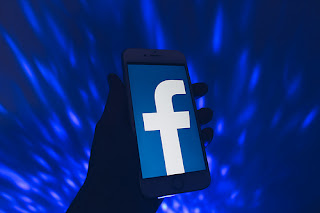 Because God wasn't done with me yet.

And evidently He was not in agreement with me either. How do I know? Because this morning He decided to answer my tirades from yesterday...using Facebook of all things.

So, one of the first posts God brought up this morning was from a woman in my writer's group that made me wonder if I had sleep-walked in the night and written it unawares. She said she often wanted to quit blogging, for all the same reasons I did. (See, I told you!) But she went on to share that a woman, who had recently lost a 19 year old daughter to cancer, told this writer that her blog had encouraged her broken heart and given her hope. And this blogger realized that if all she (and you and I) ever did was to encourage one person each time she wrote (spoke, made cookies, visited a friend, took time to meet a need), it was worth it all.


And then God brought up yet another post...this one from another beleaguered writer wondering if anything new could be said? (I tell you, writers are a sensitive group!) The answer from a multitude of responses? We all have a field of contacts that no one else does! God has placed specific people in my life (and yours) for a purpose, and the messages He gives me to share are for them. It's not up for me to come up with something new...I just need to be faithful to share (do) what He asks me to!

And then up came a third (3rd!!!) post on FB! (Seriously, how does He do that!) from the same writer's group (Ugh, why did I ever join?), affirming the value of establishing an e-mail list. She shared the example of how once-upon-a-time, 'Jane" had signed up for her e-mail list, and though this writer never heard from 'Jane' again, years later "Jane' got in touch with her to testify how she had faithfully read, embraced, and at times even copied the e-mails she had received. The bottom line? You are probably reaching more people than you think. The results are not up to you...just trust and keep doing what you've been called to do! (And dare I venture that this is a message you need to hear also?)

And finally, one last Facebook post to address my feelings of vulnerability and exposure (He wasn't letting any of my tirade go!). Through it He reminded me that I have been called to write (and you have been called to do what you do) to an Audience of One. My eyes are to be on Him, not what others are thinking about me. It's about Him, not me. All He asks is that I be obedient to do what He asks. He'll take care of the rest.

So let it be known, that through much Facebook persuasion (and more than a little Holy Spirit conviction) that today I am not going to quit! Not just because I got a gentle spanking from the God who loves me and puts up with me, but because I love Him and want to do what He asks...whether or not I understand it...or like it...or find it comfortable.

How about you? Is there something in your life that God has placed there, but you feel like it's just not working right now? Don't be like me and throw a fit! ASK Him for His perspective on it. He may not use Facebook to bring His thoughts to life, but He will answer you. You are valuable to Him, and have a God-given purpose for your life...whatever that looks like. Like John Michael Talbot said: Christ has no body now but yours. No hands, no feet on earth but yours. Yours are the eyes through which He looks with compassion on this world. You are His body.


And that dear ones, is a high and mighty calling!

Let me close with the final word of admonishment God gave me this morning. It's the one that sent me to the computer to write this blog...the verse that God had me write "Blog Purpose" next to...and one that I believe with all my heart is meant for you also...


"Whether we're awake with the living, or asleep with the dead, we're alive with Him!

SO SPEAK ENCOURAGING WORDS to one another.

I KNOW YOU'RE ALREADY DOING THIS; JUST KEEP DOING IT!"
1 Thessalonians 5:9-11

Amen and Amen. Shine on dear ones!