How are you with Change? Well, let me tell you... 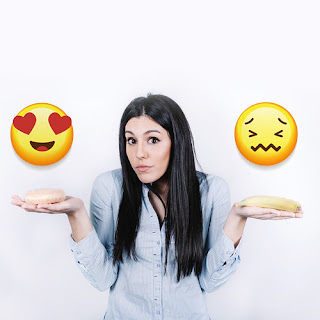 Things have been crazy here lately...it seems like I'm always playing catch-up, but not enough to ever get ahead, which is frustrating to me, especially when something is swirling around in my mind and I can't grab on to it long enough to make sense of it.

So I decided yesterday to head out to a local library for some study time...some thinking and quiet time. Evidently they had forgotten that though it's officially Fall on the calendar, it's still Summer in the South. Someone needs to tell them to turn off the heat and put the Air back on! Pondering the other options available, I ended up at Starbucks, the hiding place of great thinkers and needy coffee drinkers. I always thought it was so cute the way they all herded in there...students-of-whatever, hunched over their computers, coffee cups nearby...

But the fact is, it was air-conditioned, so I joined the throng and settled in.

So, let me ask you the question of the day, How are you with change?

Do you welcome it? Dread it? Avoid it? All of the above?

Me, I like it once it's underway, but knowing it's coming sets my stress markers off the chart. I'm a creature of habit, who once shaken from her comfortable abode can appreciate change for awhile, but who has to eventually find stability again in the known.

Hence the problem...I need to make a change. And even though it's for good, it still causes me stress. You want to know why? Because I have faced this change before, and was not successful in it.


So my trek for a place to study yesterday had its roots in my need to stop procrastinating and face this change head-on. At home there's always something giving credence to the lie that I just can't think about it right now. I knew my only hope was to go somewhere else...to stop...listen...and learn. And drink coffee, of course.

I don't know that it's necessary to share what I need to change. Suffice it to say it's an issue that the Lord has been wanting me to face...again...for quite some time now.

When I think of change, what usually comes to mind is what I can DO to make something different. I'm pretty good at fixing a lot of things...temporarily. But change really takes place in the mind.  It seems I have two minds: One that is perfectly sensible and reasonable...the one that is motivating me now to make this change for good. I'm thinking this is the one the Holy Spirit works with.

The second mind? It's contrary and sneaky and seductive and seems to be more inclined to fun than the other one. It's the lying one...the one that justifies wrong actions, and attitudes, and choices. I call this one the Unholy Spirit.

And these two minds are always at war. It's the Romans 7:15 story that plays out in our lives daily, Oh wretched woman that I am! The things I want to do, I don't do. The things I don't want to do, I end up doing! Who shall deliver me?

Thanks be to God for the Holy Spirit who will aid in me in my deliverance as I call out to Him! Whether it's bondage from wrong actions or attitudes or choices, He is the One who knows me and sees what needs to change in my life. And He gives me the the desire and the ability to implement that change.

And that's when the battle begins....when I hear the call to make a change and heed it...it's the beginning of two strong mindsets battling it out.

If you're like me, once you know a necessary change is coming you start thinking, Oh, good! The change I've always needed to make is about to begin! I'll do this and this and this and then everything will be beautiful! Cue Skipping Through the Daisy Field video--

Which has always been followed a day or two or a week later by weeping and wailing and gnashing of teeth, Seriously? What was wrong with the way it was? I just can't...it's too hard. Wah, Wah, Wah.

I know this for a fact because I've lived it out over and over again.

Like any good superhero novel says, Resistance is futile. At least in the flesh. Sure we want to change, but it isn't long until we find that our habits of thought do not want to cooperate with the desire for good.

And God knows this! It takes repeated times of failure for us to learn that we must not do in the flesh what only can be done in the Spirit. There's a reason the Holy Spirit is Patient and the giver of Self-Control. And best of all, He promises that what He has begun in us, He will finish! So let's let Him fight the battle as we cooperate with Him!

So what does this mean?

In honor of all Pastors who extol 3-Point-Sermons, here's my 3-point-Advice based on what God has shown me:

1. Accept that we will have conflict and resistance. We won't get it right the first time, or the second, or the third. Change is a process, and falling back into old patterns does not mean we have failed! Embrace the failure, reset our dependence on the Holy Spirit, and start once again making the small changes that will lead to bigger and bigger changes over time!

It's a marathon of choices, not a sprint of success!

2. Prepare for resistance. Every day...over and over again...acknowledge our weakness and our need for and dependence on God, for He gives grace to the humble! Having a grateful and thankful heart for what we CAN do...baby steps of success...removes the desire to live in a grumbling complaining state which does no good for us or the people forced to be around us.

Praise is a powerful weapon!

3. When you feel resistance rise, PRAY! Do not underestimate the power of your adversary! God knows we can't do it alone...but we often forget that. When we feel ourselves sinking and taking up our old and worn out mantras of, I can't...It's never worked before...I don't care speak truth to it and watch it shrink in power!

Remember how Christian and Hopeful escaped Doubting Castle? It was the Key of Promise! Find verses that apply to your battle and speak them out loud! You can't fight with what you don't have ready. The enemy hates the Word of God and its power to set us free so let 'em have it!!

Something else to remember...when you choose one thing at a time...for good...no matter how small or insignificant it may seem...you are not making a choice for the bad. And that is a victory! Battle by battle, until the war is won, my friend!

And do take advantage of the Kindred Spirits whom God puts in place to travel the journey with you. They are gifts from a God who understands that in the company of others there can be so much more joy and comfort and strength!

Real change, in whatever form, takes time. Be kind to yourself, forgive yourself, love yourself as God loves you!

If God has called you to a change, then He will be in you, fighting for you, and giving you the strength to overcome...one battle at a time. Praise be to God, who always causes us to prosper in His will!

This, my friends, is what I uncovered at Starbucks...the home of great learning! Sometimes I just need to stop long enough to listen...find a quiet place to hear Him. Who knows, maybe Starbucks will be my go-to for future lessons of faith... at least until the library fixes its air conditioning!

Shine on, dear ones...I'm cheering for you! 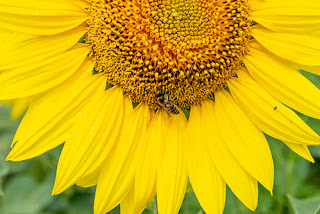