Thinking is not optional! 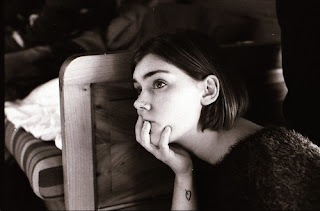 This is a post of confession. My daughter says it's more verbose than my usual posts, but I want to emphasize how someone who has learned so much, can forsake so much.

It all started this morning, when I came across this meme...Thinking is hard, so just do what the government says.

At first I scrolled past it, but then I found myself drawn back to it...if for no other reason than to read the comments below it. When I was done, I sat there...a small nudge in my spirit telling me that this was important.

Now I admit that I do squirrel in my thinking...basically talking to myself as I wander through the day...asking myself questions, remarking on things around me, praying for who/what I encounter.

But that isn't the kind of thinking this meme was referring to. It was referencing something deeper than that...a lack of concentrated, intentional thinking which, the spirit reminded me, has been a scarcity in my life lately.

I remember a bumper sticker I had confidently put on our older car years ago- Thinking is Not Optional. I was passionate about it then, but do I still believe it now?

Because lately I've found myself floundering in my understanding of this virus and what it has done to our country. Yes, it is real. And yes, we should have concerns. In the beginning I was accepting and willing to listen and take what I heard as God-given truth. Like the ever obedient child I hoped to be, I followed orders and did what I was told.

And that worked for about 4 weeks. But it's not working anymore. Because now as I hear about rising suicide rates and domestic abuse and people losing their businesses and inflated statistics, and on and on, I am only getting unsettled and dare I say angry?

What is the truth? How can I act and react in a just way when all I feel is confused and weary of all the information being thrown at me? Lately it’s been easier to shut down and shut up. But I’m not sure that’s the right thing to do.

And there are several reasons why...several stages of my life that I know were God-given...


The first happened years ago, when I discovered Francis Schaeffer's documentary, How Should We Then Live? One of the things that struck me was the part where they discussed discernment and the importance of understanding and recognizing that not all we see and hear and read is the Truth. It showed a crime scene, I believe, filmed from several different angles, and how, depending on what angle the photographer chose...what he left in and what he left out...it could change the viewers impression of what happened.

Following that time I was chosen, along with 100 others from around the world, to participate in Chuck Colson’s Biblical Worldview Program. It was here that I was challenged and taught how to think critically. I came out of that program with a passion for Truth, convinced that apart from it we are building on the shifting sands of our ever-changing culture.

After graduation, I went on to teach the Truth Project both in prison and in homes. I loved seeing people ‘get it’ as they actively connected the dots and embraced knowledge and wisdom and understanding concerning entertainment, politics, religion, science, etc. I loved what I was doing and I thought this passion would never end.

But I was wrong.

What I came to call the dark night of my soul began when in the same year, several life crippling events happened: my mother died, a friend committed suicide, health issues weakened me, beloved pets died, and all the brokenness of life weighed heavily on me sending me into depression. .

I recalled one of the books I had studied in the Centurion program, Not the Way It's Supposed To Be, but instead of embracing the truth that could have consoled me...that what we experience here on Earth is NOT the way God meant it to be...I got angry and screamed out my pain and frustration. WHY couldn't God change things? WHY didn’t He make it all better? Who was this God I thought I knew?

I realize now that it was then that I stopped using the gift he had given me. For years I coasted along, caring but never enough to invest myself again in the passion I once had for Truth.

This morning's meme was a wake-up call. It reminded me that yes, thinking IS hard...and critical thinking especially takes dedication to a lot time and study. But what is the alternative? I know exactly what it is, for I had taught it for years: blind, unthinking obedience. And history has taught us that that is neither a good, nor a safe place to be.

And this wake-up call has come at just the right time, for I believe there is a tsunami coming...financially, economically, and culturally. It has been building for awhile and this virus is only sweeping it closer.

I wonder if we, as Christians, have been given this opportunity of time in seclusion, not to binge Netflix and eat snacks all day (though neither is bad in balance!), but to do some serious soul searching...to become thinkers and doers of the Word...to become empowered to be beacons of Truth and Light in the darkness outside our doors. I know these last several years I have been lulled to sleep, wasting precious time without intentional living. This is my confession. God knows I am truly sorry and I humbly repent.

It has been said that each of us has been given a gift...one we we must use for the times we have been placed in and for the length of time on earth we have been given. What is your gift my friend? I know the world desperately needs you to use it.

Ecclesiastes says that to everything there is a time, and a purpose for every season. I believe that the time is drawing near where we may be forced to give an answer for the hope that lies within us...a hope that only comes from building our lives on Truth.

May we use this time entrusted to us wisely.

God bless you my friends.