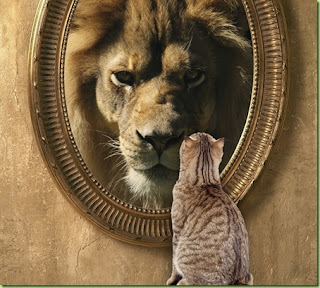 So it's Tuesday, the day I have assigned to be 'Write a Blog Day'.

Last week I came up with this crazy, and probably totally impossible, idea of assigning a task to each day of the week- partly because I need to be more disciplined in accomplishing things, but mostly because I need things to do every day to keep me from drifting into the shadows...

Monday is 'For Heaven's Sake, Clean the House Day'

Wednesday is 'Take the Puppy to the Greenway and Then Out to Lunch Day' (my favorite day!)

Thursday is 'Gardening and Weeding and Picking Up Sticks Day'

And on Friday I try to find a willing friend to do something with...my 'Be Blessed By a Friend Day'

Of course 'Making Paper and Doing Collage' falls in any open spot of the week!

And finally there's the weekend, which Ted manages to fill up quite well. So far, it's a plan that's working!

Let it be known that I had completely forgotten about it being Blog Day until this morning when I inquired of the Lord, What shalt Thou hast me to do today? And because He has mercy on all those whose brains are mashed potatoes, He reminded me what day it is...Tuesday...and what I had pledged to do on said day...Blog.

I heard someone say the other day that we are defined by what we do...if you are a painter, you paint, if you are a writer, you write...you get the idea. And though my identity is not totally based on being a writer, writing brings me joy and it is a gift that God has given to me. Someday I will have to answer to God for the use and/or misuse of this gift, so Tuesdays are the day I hope to work this answer out.

So let me ask you, after reading last week's blog on Everyday Courage, how is that going for you? Has it spurred you on to take an extra step of courage? Boldness? Faith? Have you felt more empowered knowing that you are not alone? I hope so. I know I am!

Just to encourage you, I'm going to share an episode of what Everyday Courage looked like in my life this week. I walked into it, not expecting it at all...

It began with an online post from a local group that popped up on my email, sharing a link to a company to write to if we were concerned about their support of an issue. Nothing more, nothing less. Anyway, I briefly responded that I had recently noticed that another local institution had advertised the same stand. Shortly after, when one of the members responded with some statistics, I asked from where he had obtained that information. And that was it...what I thought was a civil discourse with a group of people that I live and move and have my being amongst.

Until I got a private email in response to my statement/inquiry. I didn't expect the sarcasm and the accusation that I was being judgmental and hate-filled and hey, that's what Jesus called us to, right? I read it. And re-read it, trying to make sense of it. I wrote back and said that posting information and asking questions is not judgmental nor hate-filled...it's a right we have and I'm sorry this person felt that way.

A response came back immediately, basically condemning me to the innermost circle of Hell and accusing me of attitudes and actions that have never, ever entered my thoughts. To say I was taken aback would be an understatement. I've had heard of things like this going on, but up until then I had never experienced it. I had assumed that this exchange was amongst fellow Believers...but really, who can know? Maybe my assumption was wrong...

And that's when my blood pressure began creeping up. What the? I knew I was upset when an unloving thought flit through my mind: So I studied Truth for a year with Chuck Colson, what's your claim to being allowed to speak? Thankfully I did not say that. By then it was time to leave for a Doctor's appointment and I knew that this was not going to fare well...which it didn't. No matter how I tried to explain it, my Doctor was not impressed with why my blood pressure was 20 points higher this time than the last time.

Anyway, it was at a long stoplight on the way to the Doctors that her next email came in. It was volatile and full of vitriol and at that moment I decided that no matter what I said, I would not get anywhere with her. So I wrote a quick message back saying, 'I am sorry but I do not agree with you and I will not respond to any future communication from you in that spirit. And I will pray for you.'

It took Everyday Courage to let go and back away and not say something I would regret. There was a time I would have rushed in where fools fear to tread...having to be right, having to make a point, having to win the battle.

It's taken me years to realize that the battle is God's not mine...that there are spirits out there that can only be defeated through prayer. And fasting, but thankfully I haven't met any of those yet! Sometimes the wisest thing I can do is to close my mouth, back away, and pray. Yes, I probably will be misunderstood for doing this. And sure enough, when another message came in later in the day and I saw the first few words....You are a coward...I knew that I had made the right choice.

Yes, I'm human enough to wish that everyone loved me...and agreed with me...and were impressed by me. Conflict is not my forte. Just the opposite...my empathy and desire to see others happy often overrides my need to say/make a healthy choice. The fact that I even responded to her first message was a baby step of courage for me. Like the spiritual song says, 'You gotta know when to hold 'em, know when to fold 'em, know when to walk away, know when to run.'  When my blood pressure finally came down, I uttered a sigh of relief that I, by the grace of God, had done just this.

Am I concerned for her? I am. I don't know what is going on her life that would cause such anger to fester. But I had to make the choice to turn from her and run to God Who is a shield around me, my glory, and the lifter of my head...Who has all wisdom and understanding and insight...the One I can trust to lead me in the way I should...or should not...go.

I'm not sure if I will ever be in contact with this person again. Since she's part of the group, I very well may. I can't say what will happen then...God could write an entirely different outcome. I would welcome the opportunity to communicate in a healthy way. But no matter what, I have to trust that throughout every day, no matter what comes my way, Everyday Courage will always be available. And for this I am very, very thankful.

And that, friends, is my story.

How about you? Do you have an example of how God empowered you with Everyday Courage this week? I would love to hear it! It's in these small battle that the wars are won, dear friends. Know that I continue to cheer you on and pray for you!

You are dearly loved!