No, hiding is not an option 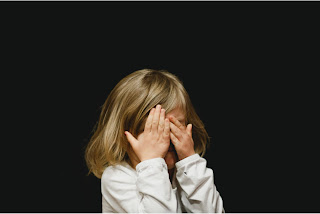 Like many of you I own a dog. Or better yet, it owns me. Matter-of-fact, three dogs own me. And my heart.

Now don’t get me wrong, if I speak Christianese, I know Christ owns my heart but there’s something about a warm and snuggly body pressed close and a hopelessly devoted look from the eyes of a puppy who would lay down her life for me if she had to, though I’m not exactly sure how a Chihuahua would do that? Adore you to death? Anyway, it’s wonderful to be worshipped even if I don’t deserve it. And this is my state as I begin this blog…

We just returned from 10 days in Arizona. Well, it ended up being 11 days because the airlines couldn’t get their act together nor could nature so the trip took a little bit longer than we planned. During this time away from home, and all its obligations and responsibilities, I had a chance to look and listen with new eyes and ears. I have to admit that I left home discouraged, teetering on depressed, and wondering if I would even have a home to return to the way things are going in the world. But I went anyway, figuring if the world did blow up, I’d rather die doing something I love.

So here I am, two days after returning home, thankful the world did NOT blow up…yet anyway. My house is in chaos, remnants everywhere of all we did on said trip: cameras, binoculars, bird books, treasures picked up along the way etc. My floors have drips of doggy pee from one dog who has kidney disease and scattered rice and chicken, now dehydrated, from meals that kept them alive while we were gone. I know I should be up and about getting things done since we have appointments this afternoon, but in the scheme of life I don’t think it really matters. What does matter is a puppy pressed tight against me wanting to be loved. And I’m more than happy to respond.

It’s been a while since I’ve written. I’m not sure why except that maybe I didn’t have anything to say. Or that my brain was too jumbled to put into words what my heart was hearing. Or I can blame it on Covid-fog, which I still struggle with. I really thought, like most of you, that 2022 was a new beginning…old things would pass away and all that jazz. But the old things are still with us and we’ve managed to pick up some new crisis’ along the way. Add the old and the new together and we have the makings of an entirely new creature, one that seems uncontrollable and able to morph by the hour, dragging us down as it does so.

When I left here I was dealing with anger at the rape of so much land nearby and the steady overtaking of new developments and people moving into the area thinking we have what they want. But the more people that come, the less of it we have. When we moved here, I-485, the perimeter expressway around Charlotte, didn’t exist. Now, in typical government hindsight, the-powers-that-be have realized that though they did eventually see a need for said expressway, they should’ve made it with more lanes.  So now they are widening the road to accommodate all the people who decided to make this home, resulting in utter chaos and traffic jams and dangerous driving conditions, not to mention putting concrete dividers between the roads. Grrr…a perfect death trap for any animal trying to get across. Yeah, the dream was becoming a nightmare and getting out of here seemed attractive.

And let’s not even talk about the suffering all around me and throughout the world. Every day, my heart broke over the damage sin was inflicting on people and animals and creation. I felt like I was suffocating under a blanket of evil and I was tired of trying to breathe...very, very tired.

And I was angry. And God knew it.

Last week, as we stood high on a hill overlooking the Catalina valley, I told Ted that I was born to live in Arizona. Which isn’t true because God knew where I needed to be born etc. etc. (thanks Bill Gothard) but it was a slight consolation to me that it could’ve been a cosmic mistake that I ended up on the East Coast rather than the Southwest. The open spaces and vastness of the nighttime sky bring healing to my soul. I don’t feel like I’m suffocating. So many draws tempt us to move there…endless hiking and outdoor activities, an active art culture, beauty that takes your breath away. Not to mention that during the trip we discovered there are no handymen within an hour and half of where we were. God, is that you?

I know, I know, it’s not perfect. God knows the Phoenix area has been overdeveloped, though granted the developments are well ordered and attractive to the eye and the roadways are maximized for use…six lanes seems to be their favorite number. And Tucson, ditto. And water issues they will have with them always. I consoled myself into thinking that maybe all the people who made the mistakes on the East Coast have moved out west and have learned from their mistakes and are doing it differently. Or not.

Anyway, we spent a lot of time birding and when you’re birding you meet a lot of interesting local people. Over time, one of the things that we heard again and again started to get to me. It seems they have the same concerns and issues out there that we do here. Chemical companies poisoning the land, other industries taking more than they give. And across-the-board there are less birds and mammals and diminishing, healthy environments for the birds and wildlife to live in. It hit me that this is exactly the same bad news we heard while birding in Texas last November. So it’s not just Waxhaw…things are getting worse and not better. No matter where you live.

I allowed all this gloom to rumble around in my head for the next several days. I felt like a child who knew there was scary things outside the bedroom door, so they hid under the covers with a flashlight. You know, the ‘I can’t see you so you’re not there’ mantra. It can be applied to any area of life that you’re struggling with. Just in case you didn’t know.

So now I’m going to fast forward to what this is all about. I think I could sum it all up in one sentence: You can run but you cannot hide. And that’s what I have been wanting to do for the last, well, let’s say two years. Run away from what’s happening here, what’s happening in the lives of those I love, what’s happening in the world. But what Arizona did was show me that I can go to a different location… which by gosh by golly is absolutely breathtaking…but I will have exactly the same problems: people can still be stupid, the world is still messed up and heading for eventual destruction (though I do hope it’s thousands of years in the future), I can’t change people or fix them and I will still carry with me all my imperfections and broken and shattered dreams and hopes. And sin nature. Everything will just settle down in a different location. Darn.

While we were away, I took a video while standing on a hill in Catalina, remarking how incredibly beautiful it was and how it was giving me a breath of fresh air and how we had figured out a way we could make this our new home. Which at the time was true- we had been shown a place we could live in and there was plenty of work for Ted. I posted the video on the family page. Later, when we came home, my granddaughter wrote me and said they had watched all the videos. She then went on to ask ‘Is it true that you’re really going to move there?’ ‘No, I replied, because we would miss all of you too much.’ Her answer? ‘Phew’. That says more than anything I’ve written thus far.

So how shall I carry on? I’m thinking maybe the anger I feel at what’s happening in this world could be channeled into some hands-on work. Instead of hiding under the covers, I could start stepping out of the bedroom and into a world that desperately needs involved people- people who know God and who, though their gifts may not be many or mighty, are willing to work alongside God in whatever area He deems best. Yes, it may break my heart. My empathy level is through the roof, and watching or dealing with suffering, especially with animals, can incapacitate me. But God knows that, too. He will never ask more of me than I can give. The secret is I need to be willing to give.

I’d like to encourage you. If you’re brain dead, experiencing a deer-in-the-headlights moment, or wanting nothing more than to curl up in a fetal position clutching your favorite food and/or drink, I get it. On any given day, one or more of these describes me perfectly! But knowing that God sees me and doesn’t judge me for my fears, or weaknesses, or inability to get it right most times, gives me hope that maybe there is a way through this all…a forward motion, one baby step at a time. I can write a letter. I can send a check. I can be proactive in issues that I care about. And that God cares about.

Years ago I read a chapter in a book called The Holy War. She talked about how her empathy paralyzed her from taking part in anything that could be a solution. I underlined most of that chapter because that’s so true for me also. I think her bottom line was…

Satan wins when we hide.

Dear ones, it’s time to come out of hiding. We can’t save them all, or solve all the problems, or make everything right but we can be a part of the solution and I think that’s all God asks of us…

Amen and Amen. You are loved, dear one. Now let’s get out there and do some damage to Satan’s kingdom!