You can be courageous...just as you are! 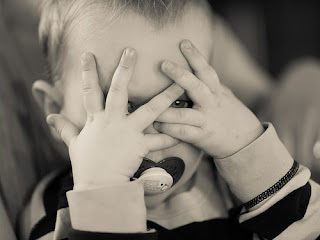 I started this blog yesterday, when I was under pressure to get to my job training. With one eye on the clock I finally had to set it aside, realizing that by doing so it would probably fall into the Abyss of Unfinished Blogs....where many blogs go to die, for many years ago the Lord told me to never feed stale bread.

But today, even with everything that needs to be done before my sister flies in tomorrow, I feel like it's not yet stale and is begging to be finished. I'll let you decide if it was worth resurrecting it...

First I need you to read this quote. No cheating! I know it's a lot of words but I have faith in you!


"Anyone who has ever stood up for the truth of human dignity, no matter how disfigured, only to find supportive friends holding back, even remonstrating with you for your boldness, feels the loneliness of the poverty of uniqueness. This happens every day to those who choose to suffer for the absolute voice of conscience, even in what seem to be small matters. They find themselves standing alone.
I have yet to meet the man or woman who enjoys such responsibility.

"The measure of our depth-awareness of Christ's present risenness is our capacity to stand up for the truth and sustain the disapproval of significant others. An increasing passion for truth evokes a growing indifference to public opinion and to what people say or think. We can no longer drift with the crowd or echo the opinions of others. The inner voice, "Take courage. It is I. Do not be afraid," assures that our security rests in having no security. When we stand on our own two feet and claim responsibility for our unique self, we are growing in personal autonomy, fortitude, and freedom from the bondage of human approval." Abba's Child-Brennan Manning

The Poverty of Uniqueness. What is that you may ask? It's the call of Jesus to stand utterly alone when the only alternative is to cut a deal at the price of one's integrity.

It's the courageous determination to make unpopular decisions that are expressive of the truth of who we are...not who we think we should be or who someone else wants us to be.

Have you ever struggled with people pleasing? I have. I have spent most of my life not even realizing that I was doing it.

I think we're all born with an innate desire to want to be the very best we can be...to be all others want us to be....to make people happy.

And thus begins the dance...not with another person, but with yourself.

I can't remember the split second in time that I chose to let go of the Real Me and embrace the Me I Felt I Should Be. Maybe because I remember so strongly that middle school dance that it was then.

Or maybe it wasn't even one choice...maybe it was a thousand and one choices I made in response to the culture and my family and my friends. All I knew was that everyone was dancing and I wanted to be on the floor also...not a forever wallflower.

So for years I compromised and watched and imitated...morphing into someone that others approved of. But no matter how much effort I put into it, I always fell short. And I was getting so very tired. All I wanted to do was stop. And rest.

It wasn't until the Lord of the Dance stepped in to my life and asked me to let go of all the other dance partners I had embraced for so long...partners who chose me for what I had made myself into...not the real me I was deep inside...that I found myself again.

Take courage! It is I! Do not be afraid!

Following Christ was never promised to be easy or comfortable or popular. But I know it's possible, even with trips, falls, and stumbles...because 12 men did it...men who changed the world, albeit at a tremendous cost.

We live in a crazy time...probably all times have been crazy. But we haven't lived in those. This is our time...the time ordained for you. For me.

Right now we are being called to be courageous and determined...to make what may very well be unpopular decisions that are the expressive truth of who we are...

NOT who we think we should be...or who someone else wants us to be.

We're called to embrace The Poverty of Uniqueness.

I don't know about you, but I only have one life to live. And it's growing shorter day be day.

I don't want to stand before my Lord someday and realize I could have done so much more if I wasn't afraid to speak or write or do...to be me...just as I am, right where I am...fighting the good fight of faith.

It's hard isn't it? We desperately need to pray for each other.

We have been promised victory...albeit with wounds and scars and loneliness and misunderstanding ...all those things that could undo us if we didn't know Whose we are and Who stands with us.

And that in the end, we will have the victory. Praise God!


“Go back?" he thought. "No good at all! Go sideways? Impossible! Go forward? Only thing to do! On we go!" So up he got, and trotted along with his little sword held in front of him and one hand feeling the wall, and his heart all of a patter and a pitter.”
― J.R.R. Tolkien, The Hobbit


Email ThisBlogThis!Share to TwitterShare to FacebookShare to Pinterest
Categories: courage, poverty of uniqueness