The call to be astonished at who you are! 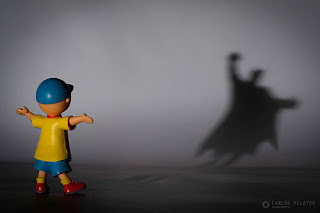 As I stood there this morning, finger poised above the Start button on the washing machine, I remembered a post I had written years ago about the very same thing...

My parents had just driven off after a lovely visit. Their sheets were in the washing machine and I felt that by pushing the start button I would be forever washing away the sweetness and memories of our time together.

Today, as I looked one last time at the mud encrusted pants and soggy socks thrown into the washer, I felt the same way...

That I was washing away something priceless.

Which really is crazy, because at the time those socks and pants were not welcome. Not at all.


We had gotten up early and driven two hours north from Nome over bumpy and rutted roads, bouncing up and down, up and down in the could-not-possibly-be-any-shock-absorbers van to find the infamous Bristle-thighed Curlew, a much sought after bird in the tundra of Alaska.

I was already tired. We had been straight out for 10 days, and had yielded over 100 species of birds and more mammals than I could count at that point, and all I was dreaming of was a good cup of coffee and a comfortable chair.

We arrived to find the path up to the spot narrow and flowing with water above the permafrost. It was then I remembered that we were supposed to have brought spare socks and shoes for later. I was not thinking happy thoughts about our beloved leader at that point, but I felt a little better knowing he had forgotten to tell his wife also. Such were my feelings.

We had also forgotten about the climbing poles...well, we had one we had left in the van from a previous jaunt, but there were two of us. Ted relinquished it to me, thankfully, I guess figuring at that point his upcoming hip surgery could only be moved up if he fell.

I started off trying to keep dry, which soon proved futile. It was a matter of staying on the trail, or stepping off through tangled plants and roots and growth that resembled and felt like large foam basketballs...all of which were unstable to balance on.

My shoes and socks and pants were soon drenched...my ankle turning this way and that...my thoughts taking a dive for the worse with every slogging step I took.

It wasn't long before I was the lone, last hiker...spewing thoughts I will not repeat here in case there are children reading this. All I wanted was to quit and head back down and sulk.

And when I heard the alien-invasion-song of the Curlew, I froze. What the? Seriously, Google it...it is eerie to say the least. And then I saw it, floating above the hill, gliding on a breeze. I was mesmerized.

And cold. And wet. And still grumpy. But totally, thoroughly entranced.

I forgot about all my moaning and groaning and embraced this once-in-a-lifetime opportunity.

It was then I realized that I was a fearful wimp...not the bold adventurer I had always dreamed of becoming. And that was the turning point of the trip.

I wasn't climbing Denali or racing a team of dogs on the Iditarod, which in years gone by had appealed to me. But I had overcome my fears and persevered and gone where few had gone before.

I had simply been faithful to climb a hill.

On the way to our next destination, rocking and bumping in the van, I thought about this and how it could change my life if I didn't forget it.

I'm made up of more than I thought I was capable of.

I didn't have to listen any longer to the voice in my head that said, 'You can't...You'll fail...You'll fall.'

Alaska was a wake-up call for me. It's vastness and wildness...its siren song to go out and go beyond...stirred up a wrenching longing and desire in my heart that had long been smothered...something I thought was dead, but evidently was kept alive by God for such a time as this.

I used to have dreams. But I've allowed life to beat me into submission...cringing and hiding behind safety and the known and the comfortable.

Don't get me wrong...all those things are good. But not when they take you into bondage and fear...wanting more but settling for less.

Truthfully, I don't know what this means...or where it will take me But I have an idea that it will make me bolder and less intimidated. And that can only be a good thing.

Looking at those pants and socks in the washer this morning, the thought crossed my mind that maybe I should pull them out and hang them somewhere to remind me of all I learned that day. But I think that would grow old.

The point is, I learned it. Now I need to hold on to it...and apply it.

I read this this morning, in Terry Hershey's Monday devotional...


"In the movie, Kingdom of Heaven, about the battle for Jerusalem in the Middle Ages, Balian of Ibelin began knighting ordinary men, making them understand that inside of them was a knight, something far greater than the limitations of their birth or fears or status.
The Bishop, Patriarch of Jerusalem (almost crying): 'Who do you think you are? Will you alter the world? Does making a man a knight make him a better fighter?'
Balian of Ibelin: 'Yes.'
Find the healing you long for in your own lineage: the lineage of knighthood.
In the words of Hafiz of Shiraz, 'I wish I could show you when you are lonely or in darkness, the astonishing light of your own being.'"

I am capable of more than I  know...I am knighted to alter the world...to be a better fighter.

Because of Christ, and who I am in Him, the power that lives in me is greater than my fears or weaknesses. Whatever He calls me to, I can do.

Those pants and socks are a testimony that I can walk boldly and bravely into life...expectant and hopeful. And so can you.

This is what Alaska has taught me.

And now I'm ready to push the button.

"Anything that I've ever done that ultimately was worthwhile, initially scared me to death."
Betty Bender 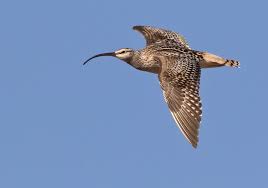 (not my picture...those are still to come!)

If you'd like to listen to the Curlew's song...here it is!