The power of a dying Osprey to bring about change 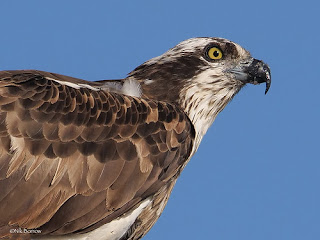 How do you know you're hearing from God? And not your own disillusioned mind?

For me, it's usually a matter of running across the same thing, said in different ways, over and over again...usually in a short period of time. Probably because God knows my attention span and containment levels are so low.

It's kind of like those connect-a-dot books where you know there's a picture coming but you just can't quite discern it yet.

So when I'm in Crisis Mode and looking for answers and I see the first "dot" show up on my radar screen, I automatically start looking for the next one.

Because I'm madder than a wet hen over something that happened yesterday and though I would prefer to hide away and deal with it over a large chunk of chocolate, I also realize that what I need is resolution.

And courage. Definitely not one of my strong points.

So, what has me so riled up you ask?

If you know anything about me, you know that I am empathetic to a dangerous level. I feel pain deeply. So yesterday, when we as a Naturalist class had the opportunity to save an emaciated, exhausted Osprey and get it to a place that could revive it, we...and I use that term as relating only to the class, and not the individuals in it...left it to die.

It's a long story, but suffice it to say that stupidity won. It should never have happened, and need not have happened. And many of us were angry and disillusioned over the decision that was made.

And to make it worse, the leader came up to me after and admitted that he agreed with me- that we should have gotten help for it. And that was the proverbial final straw. Sure I had stopped to save a goat that was loose on the highway on the way to class that morning, knowing that it might not end well. And I didn't lose it when we found a beheaded Red-tailed Hawk on the trail that had fallen prey to an owl. Such is the 'circle of life'.

But to withhold help to something that could have been saved? To me that is a denial of humanity.

So I looked at the leader and said, "If this is what it takes to be a Naturalist, I want no part of it," And I walked out and away.

And today, I still mean that.

But I see it differently.

So, let's talk about the "dots" that God has been putting in my life lately...

Let's start with something Brenee Brown said in her Netflix talk that I watched last week...when I was fed up with a certain toxic situation and my lack of response towards it...

According to her, courage involves vulnerability...something I don't think any of us like.

She went on to say that sometimes Courage is just showing up...not prepared or ready, but present.

I really liked that. And I remember thinking as I sat comfortably on my Lazyboy, I can do that! I may not be able to solve or fix or overcome said problem, but by gosh, I can just show up!

That naive thought rang through my head over and over this morning as I sat on the deck as I recited over and over again, I'm done with the class. I can't be like them. I never will be. And if that's what it takes to be a Naturalist, I'm outta here.

Ready for the second dot? From Terry Hershey's blog today...


"This week I devoured a bucket of popcorn watching Avengers:Endgame. Let's just say there was a lot of popcorn served this past week. Each of the superheroes is dealing with disillusionment and a sense of failure or resignation. Thor clearly is not himself. He goes back in time to retrieve the reality stone from Jane in Asgard. And he runs into Frigga, his mother. And she gives some comforting advice:


'Everyone fails at who they are supposed to be. A measure of a person, of a hero, is how well they succeed at being who they are.' "

Hold on to that thought....

Next dot? From Paul Tripp's devotional:


"It's tempting to think that if God truly cared for us, He would make our relationships easier. In reality, a hard relationship is a mark of His love and care. The very thing we would naturally seek to avoid, is what God chooses to make us more like Him."

Okay, so are you ready for me to connect the dots? Let's try this...

"In order to be courageous, I need to be vulnerable...willing to speak from my heart no matter how it is received. To not do so is to deny who I am.

I will not always succeed, but it is not success that determines my worth, but my willingness to be who God created me to be...to not be ashamed.

The very things I seek to run from, are the things that if I am vulnerable to, will make me more like Him...more "me"...more who He created me to be."

And now I have a completed picture. And fleshing it out, it looks something like this...

Me. Not quitting. But finishing the course and using what I learn to be a Naturalist the way God created me to be...no matter how others are doing it...bringing God and His nature into all that I do in that role.

It will not be easy.

But it will be honest and true. And most importantly, who He made me to be.

And come to think of it, my final project for this class can be a reflection of all that I have shared in this blog...mainly that what I have gone through over these past 12 weeks will make a better Naturalist out of me! They may not understand God and His role in the midst of all I will share, but that's okay. I will.

If you can relate in any way to what I am saying...about being courageous and willing to show up...about being willing to be who and what God has made you to be...about not quitting when it gets tough...then I pray that this blog has been an encouragement to you.

I think this is something we all face at one time or another...a stretching that conforms us to Him...one that is painful and comes at a cost.

Righteous anger can be a great motivator and revealer of issues that God wants us to walk into and not run from...ones we need to face...in order to become more like Him and a healthier form of us.

And even though this sounds a little scary, we need not be afraid.

Because He promises to go with us.

We just have to be willing to go. 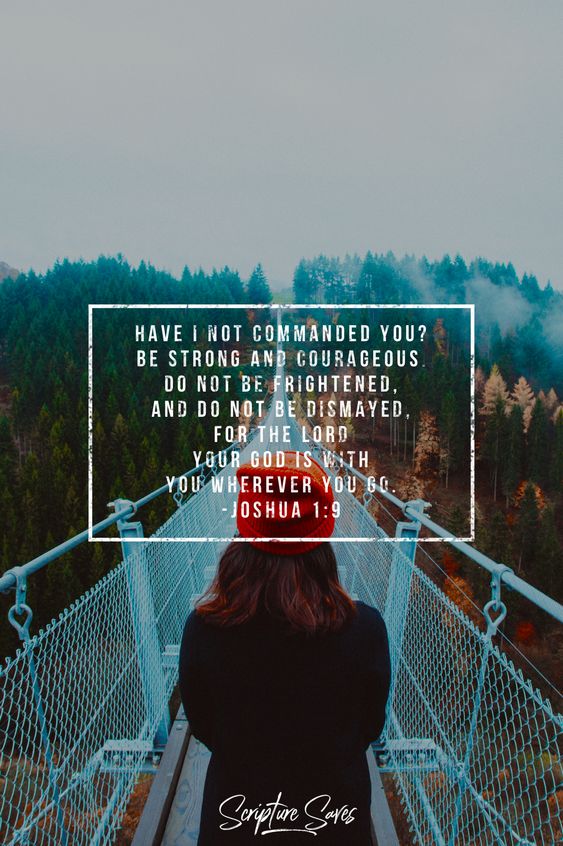