But God meant it for good 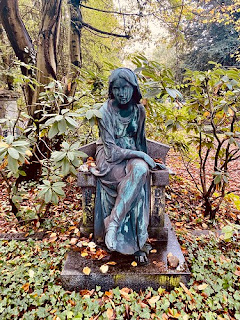 It's early here...for me at least. Prissy and I are snuggled together on the couch...she with her head poking out of her favorite red binky and me wishing I could join her, but finding it very hard to type and snuggle at the same time. I'm content just watching her, occasionally stroking her neck where she likes it best, right behind her satiny ears. I never knew dogs could sigh, but she does...a long slow, I'm living the dream sigh. Which makes me very happy.

Most of you know the roller coaster ride we have been on with Prissy for the last month. And if you know me, you know I hate roller coasters. I barely survived the kid's one at Disney, staggering off it and vowing I would never risk my life on one again.

I never realized until now that there are some rides you choose to go on, and others you are thrown into, barely having time to fasten your seatbelt before the insanity begins.

Prissy has been diagnosed with Pancreatitis, something I have never encountered in my 60+ years of life on this planet. We've had probably twenty something dogs, and never has one of them traveled down this road. It started with us trying to heal her from her inability to walk...a trip  to a specialty hospital in SC showed it was Rheumatoid Arthritis, and a local vet put her on steroids and doxycycline, never knowing that she was one of the 2% of dogs that go into Pancreatitis, along with liver, and gallbladder issues from those drugs. To say she was sick was an understatement...not eating, vomiting all the time, comatose, unable to walk. No matter what I did, it failed.

So it was back and forth to the vets to be hospitalized, never knowing if they could save her. By the last visit I said, Enough. She was on eight medications, most of which caused her to vomit. Her vet and I made the decision to take her off all meds so she could hopefully rest and heal. If her body couldn't take food, it would only be a matter of time until she died. It was the scariest decision I have ever made. I felt damned if I did, and damned if I didn't. I knew I had to let her go. I loved her too much to put her through any more suffering.

During all of this, I had begged and screamed and cried out to God for a miracle. If He wouldn't heal her, couldn't He at least give me a sign? Say something? How hard would that be? I had begun to believe that we didn't matter. After all, look at all He had on his plate in 2020.

So when His reply finally came, it was a total surprise. I was flying down the highway to pick Prissy up from yet another hospitalization, totally exhausted and fearful of what was to come.  I had lived this moment over and over again for weeks; I would pick her up with hope and then several days later, after her not eating or drinking, I would bring her back again for another hospitalization...all my hopes shattered.

It was then, through puffy eyes, that I saw them...

Dead animals on the side of the highway. Well, really in the median of the highway. Those poor animals had crossed that same road many times without problem. But then somebody put up miles of concrete barriers and all of a sudden they couldn't cross...there was this huge thing in front of them, keeping them from getting where they wanted to go. They must have been terrified...running along the barriers, trying to find a way through, only to be struck by a vehicle and left to die. Yup, that's exactly what I felt like.

Was it God who had put the barriers up in my life? Or was it just plain, We live in a fallen world and it's part of the story. So many things are out of our control. But that doesn't mean God is out of control.

And friends, that's where I had to make the decision to trust God again...even without answers or explanations. What it really was, was  my life verse: To know Him and the power of His resurrection and the fellowship of His suffering. By faith I had to believe that He suffered with me. and by coming near to Him, we could share this suffering together. And hopefully, all things were working together for good, in spite of what I could see.

He reminded me of the good that was coming out of this...

~ Feeling the pain of all the animals and people involved in emergency veterinary work, and the call to pray not just for Prissy, but for them also.

~ Buying a Christmas tree from a lot whose profits go to local research for childhood cancer, and then following them on FB and seeing the pain, and the joy, that these families are going through.

~ Following a Canine Pancreatic site on FB, and while looking for answers, found so many whose beloved dogs had died. Pancreatitis is a life-long, slippery slope and health can change in a heartbeat. Prayer and encouragement are gifts I can give.

~ People who prayed and wrote to encourage me...others who had also experienced loss, yet were willing to share their pain and carry mine...a gift I never could have bought.

~ How almost losing Prissy...and I may still...has taught me to slow down and enjoy the people and gifts in my life and not take them for granted. Coming so close to death has taught me that there are thing that matter. Choose these.

This has been a hard year for all of us...not one of us is entering 2021 without scars. But I don't want those to be the only signs of my having lived through a difficult time...

I want to come out stronger, wiser, more compassionate, more grateful and thankful. I want to remember the pain so I never take for granted...or miss...the people, experiences and opportunities that present themselves to me in the coming year.

And if hard times continue to come, I want to remember that He's not always seen, but He sees.

You. Me. Everyone. And all that we are going through....this year, next year, and forever.

A blessed Christmas, dear one. You are truly loved.